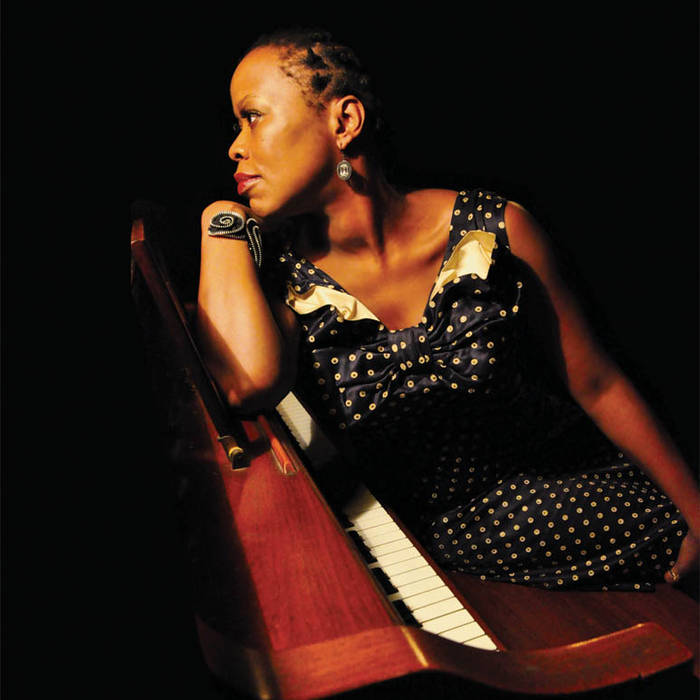 "What is Love?" is the new CD release from stunning vocalist, Queen Esther. In this collection of jazz tunes, Queen Esther brings to mind great singers like Sarah Vaughn and Nina Simone but ends up sounding uniquely like Queen Esther. Backed by a stellar band of New York's finest players and produced by Grammy nominated composer, J.C. Hopkins, Queen Esther creates a growling, crooning, and passionately expressive piece of work.

The band consists of Kenyatta Beasley on trumpet, Vincent Chancey on french horn, Hilliard Green on bass, and J. Walter Hawkes on trombone and ukelele. Patience Higgins blows tenor sax, Matt Ray plays piano, and Warren Smith plays drums. This band really cooks and the production from J.C. Hopkins is topnotch. But this is Queen Esther's show and she commands the stage. The first cut, a Hopkins penned tune called Remember When? is an uptempo cool jazz that really showcases Queen Esther's powerful voice. Higgins' sax is the perfect cool complement to Esther's hot vocal.

The title cut, What is Love? is another Hopkins' penned jazz piece. In fact, J.C. Hopkins wrote 7 of the 10 cuts on What is Love? and his work stands up very well against some of the jazz classics that Queen Esther covers here. On What is Love?, Esther's vocal is again right on target and joined nicely by Higgins on sax and Beasley on trumpet. On the classic, I Cover The Waterfront, Queen Esther delivers an amazingly expressive and emotive vocal backed only by Hawkes on ukelele. Her phrasing is impeccable and the result is riveting.

The more I listened to Queen Esther, the more I wanted to listen to Queen Esther. The band is one of the top jazz ensembles around, the songs from Hopkins are deliciously memorable and well written and Queen Esther's performance is an instant classic. She seems to bring her amazing voice from the very core of her soul and owns every song she sings. This is the best jazz album I've heard this year.